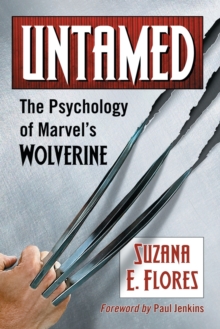 Wolverine. Logan. Weapon X: by any name you choose an anti-social savage that kills with gratuitous precision, a self-identified assassin who by his own words IS the best at what he does, regardless of what he does not being very nice. Marvel Comics's most complex and captivating antihero Wolverine is paradoxically the most deviant yet humane of all mutants.

Rejected by the balance of mankind ludicrously termed humanity, experimented on by his own corrupt government, universally misjudged yet esteemed by his myriad fans, this beer-loving and cigar-smoking Canadian character has steadily ascended in popularity since his first appearance in the last panel of The Incredible Hulk #180. Wolverine's uniquely amalgamated psyche of man and mutant, reveals in many ways our own human complexities and contradictions.

His journey is a thought-provoking, indeed inspiring reminder of our own transformational power of resiliency through trial and torment. From his greatest triumphs to his most disheartening downfalls, through loves and losses, victories and defeats, Untamed delivers, for the first time, the psychological exploration of a myth, a purposeful creation, a modern legend that peels the layers of why this legend rises to the level of allegory, and why we ascribe to a current pulp antihero the status of time-honored parable. 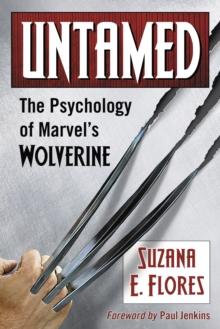