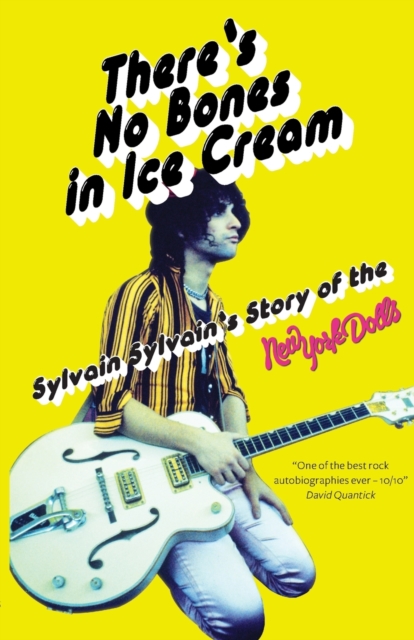 'Don't live life worrying about it, just T. Rex the s*** out of it.' - Sylvain SylvainThe New York Dolls were called many things; glam, proto-punk, hard rock, but are probably best understood as a 'dirty rock & roll' band.

Combining an aggressively androgynous style with street smart New York attitude and campy humour, the New York Dolls ushered in the era of CBGBs, heroin chic, loud guitars and referential lyrics which gave rise to Patti Smith, The Ramones, Television and many more.

Fans of the band range from Guns N' Roses to Morrissey, who organised the reformation of the band when he curated Meltdown festival in 2004. Sylvain Sylvain was there from the start, and this is his story.

Taking in his early life in New York, the rise, fall and rise again of the New York Dolls, and all his misadventures between, There's No Bones in Ice Cream is the true story of one of rock's greatest, told in his own authentic voice. 'In any great band it's often The Quiet One who has the best stories.

There's No Bones in Ice Cream would be a superb book even if Sylvain worked in a bank.

As it is it's one of the best rock biographies ever.

Ten out of ten.' - Classic Rock