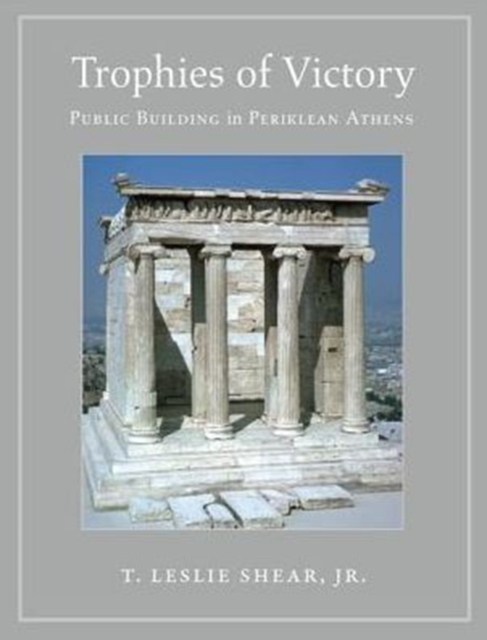 The Greek military victories at Marathon, Salamis, and Plataia during the Persian Wars profoundly shaped fifth-century politics and culture.

By long tradition, the victors commemorated their deliverance by dedicating thank-offerings in the sanctuaries of their gods, and the Athenians erected no fewer than ten new temples and other buildings. Because these buildings were all at some stage of construction during the political ascendency of Perikles, in the third quarter of the fifth century, modern writers refer to them collectively as the Periklean building program.

In Trophies of Victory, T. Leslie Shear, Jr., who directed archaeological excavations at the Athenian Agora for more than twenty-five years, provides the first comprehensive account of the Periklean buildings as a group.

Shear emphasizes the Parthenon's revolutionary features and how they influenced smaller contemporary temples. He examines inscriptions that show how every aspect of public works was strictly controlled by the Athenian Assembly.

In the case of the buildings on the Acropolis and the Telesterion at Eleusis, he looks at accounts of their overseers, which illuminate the administration, financing, and organization of public works.

Throughout, the book provides new details about how the Periklean buildings proclaimed Athenian military prowess, aggrandized the city's cults and festivals, and laid claim to its religious and cultural primacy in the Greek world.