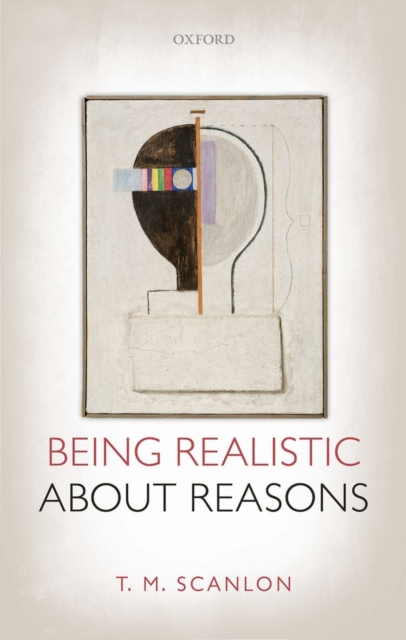 Being Realistic about Reasons Hardback

T. M. Scanlon offers a qualified defense of normative cognitivism-the view that there are irreducibly normative truths about reasons for action.

He responds to three familiar objections: that such truths would have troubling metaphysical implications; that we would have no way of knowing what they are; and that the role of reasons in motivating and explaining action could not be explained if accepting a conclusion about reasons for action were a kind of belief. Scanlon answers the first of these objections within a general account of ontological commitment, applying to mathematics as well as normative judgments.

He argues that the method of reflective equilibrium, properly understood, provides an adequate account of how we come to know both normative truths andmathematical truths, and that the idea of a rational agent explains the link between an agent's normative beliefs and his or her actions.

Since it seems unlikely that there is such an account, the defense of normative cognitivism offered here is qualified: statements about reasons for action can have determinate truthvalues, but it is not clear that all of them do.