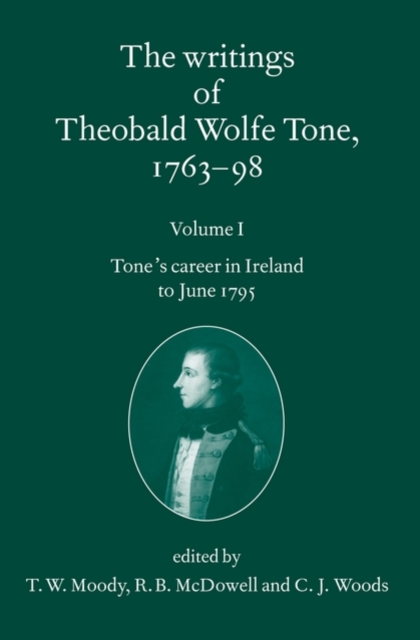 The Writings of Theobald Wolfe Tone 1763-98: Volume I : Tone's Career in Ireland to June 1795 Paperback / softback

This edition of the writings of Theobald Wolfe Tone (1763-98), barrister, United Irishman, agent of the Catholic Committee and later an officer in the French revolutionary army, is intended to comprehend all his writings and largely to supersede the two-volume Life of Theobald Wolfe Tone ... written by himself that was edited by his son, William, and published at Washington in 1826.

It consists mainly of Tone's correspondence, diaries, autobiography, pamphlets,public addresses and miscellaneous memoranda (both personal and public); it is based on the original MSS if extant or on the most reliable printed sources.

Tone's participation in Irish politics in the early 1790s and his presence on the periphery of the ruling circle in revolutionary France from February 1796 to September 1798 would be sufficient to make his writings a major historical source.

The literary quality of his letters, diaries and autobiography enhances their importance.

The unique quality of Tone's writings is that they are the production of a gifted and convivial young Irishman who moved widely in intellectual and political circles. This first volume covers Tone's career in Irish politics up to 1795. 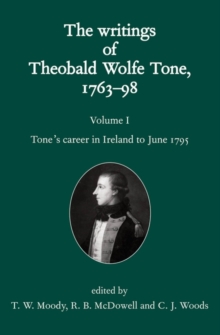 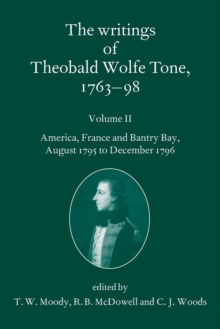 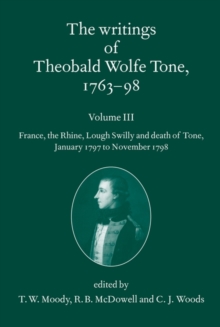 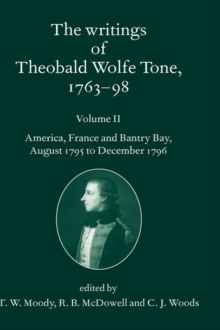