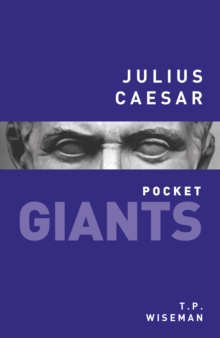 Why is Caesar a giant? Because he effectively created the Roman Empire, and thus made possible the European civilization that grew out of it. As the People's champion against a corrupt and murderous oligarchy, he began transformation of the Roman republic into a quasi-monarchy and a military and fiscal system that for four centuries provided western Europe, north Africa and the Middle East with security, prosperity and relative peace. His conquest of Gaul and his successors' conquests of Germany, the Balkans and Britain created both the conditions for 'western culture' and many of the historic cities in which it has flourished.