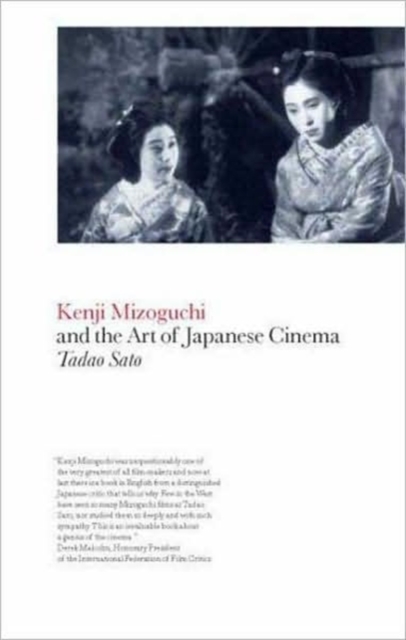 Kenji Mizoguchi and the Art of Japanese Cinema Paperback / softback

Kenji Mizoguchi is one of the three acclaimed masters - together with Yasujiro Ozu and Akira Kurosawa - of Japanese cinema.

Kenji Mizoguchi and the Art of Japanese Cinema is the definitive guide to the life and work of one of the greatest film-makers of the twentieth century.Born at the end of the nineteenth century into a wealthy family, Mizoguchi's early life influenced the themes he would take up in his work.

His father's ambitious business ventures failed and the family fell into poverty.

His mother died and his elder sister was obliged to enter a geisha house to support the family.

Her earnings paid for Mizoguchi's education. Weak and deluded men and strong, self-sacrificing women - these were to become the obsessive motifs of Mizoguchi's films.Mizoguchi's apprenticeship in cinema was peculiarly Japanese.

His concerns - the role of women and the realist representation of the inequities of Japanese society - were not.

It was only in the 1950s that Mizoguchi's astonishing cinematic vision became widely known outside Japan.Kenji Mizoguchi and the Art of Japanese Cinema tells the full story of this famously perfectionist, even tyrannical, director. Mizoguchi's key films, cinematographic techniques and his social and aesthetic concerns are all discussed and set in the context of Japan's changing popular and political culture.