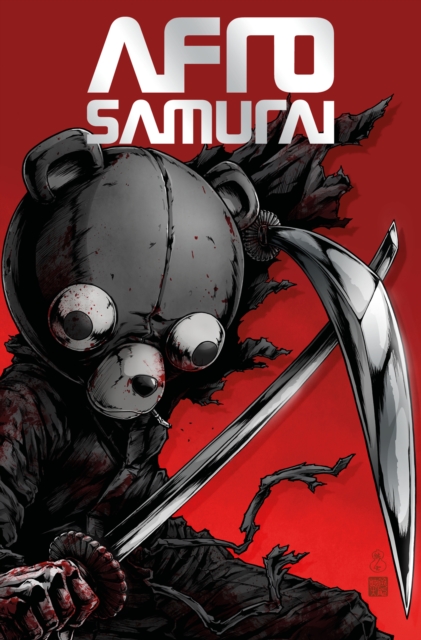 In a feudal, futuristic Japan, samurai battle to become No.1 and rule the world, but when his father, who holds the coveted position, is challenged and killed, the young Afro Samurai vows vengeance.

Relentlessly pursued by murderous assassins, will he stay alive long enough to keep his promise?

Volume 2 of the new creator-approved "director's cut" edition of the out-of-print cult classic book features a brand-new foreword by Takashi Okazaki. Japan has become a land of warriors, warlords and assassins, where the technology of the future exits alongside the brutal traditions of the past.

This world is ruled by whoever possesses the legendary No.1 headband, which many believe bestows god-like powers on the wearer, but to attain this headband, a warrior must first become No.2, and only then can they challenge for the right to become No.1.

But who can challenge the No.2? Everyone! So to be the world's second greatest warrior is to be in a constant fight for survival. When the boy Afro Samurai's father, Rokutaro, is challenged as No.1 and killed by the No.2, a lethal outlaw known as Justice, he swears revenge, starting on a bloody path of retribution that will make him the No.2 warrior and allow him to challenge Justice. In the first of two volumes, we see the beginnings of young Afro's quest, his battles with an array of assassins and warlords, that climaxes in the epic confrontation with the powerful Empty Seven Clan and a showdown with an old enemy... Taking his inspiration from US soul and hip-hop cultures, Okazaki-san originally published Afro Samurai as a serialised, self-published (doujinshi) manga in Nou Nou Hau magazine from November 1998 to September 2002.

It was picked up by Funimation and developed as an anime, airing five episodes in 2007, with Afro voiced by Samuel L Jackson and a soundtrack by RZA of the Wu-Tang Clan.

Okazaki-san then created these two manga volumes for the US market, which were published in 2008 and 2009. Both original English language volumes have been out of print since 2013 and 2016, respectively, and are highly sought after by collectors, selling for $100+. Afro Samurai's lasting impact can be seen in today's appetite for all things manga and anime, as it was one of the first cross-cultural collaborations that celebrated Asian pop culture and US hip hop, to create an entirely new hybridised visual and musical language.