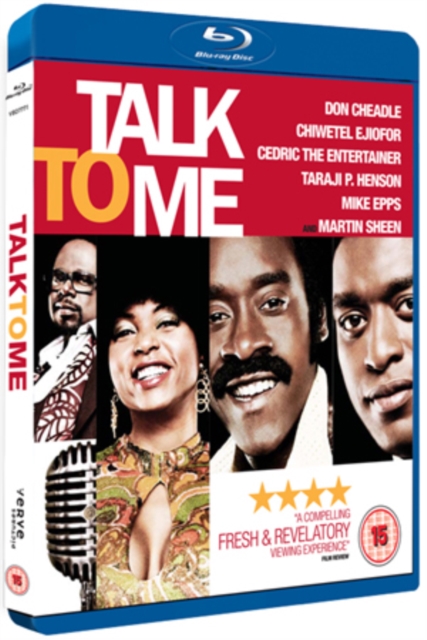 Talk to Me Blu-ray

Biopic telling the life story of Washington DC radio presenter Ralph 'Petey' Greene, an ex-con who went on to become an iconic talk show host and political activist in the 1960s.

Don Cheadle stars as Petey, who is first discovered by a fellow inmate's brother, Dewey Hughes (Chiwetel Ejiofor) while broadcasting on the prison radio service.

Against the turbulent political backdrop of Martin Luther King's assassination, rioting and exploding social consciousness, Petey becomes the voice of a generation as he responds to the events around him with searing honesty and a fervent belief in 'telling it like it is'.