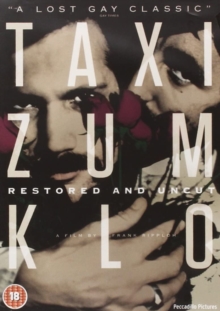 Film maker Frank Ripploh helms this classic of gay cinema in which he also stars.

A partly autobiographical account of his life, Ripploh plays himself, a teacher who cruises bars and public lavatories looking for one night stands.

He then meets Bernd (Bernd Broaderup) and the two develop a relationship, but will Frank be able to give up his promiscuous lifestyle?

The film offers a sexually explicit slice of gay culture in West Germany at the dawn of the 1980s and has gained cult status over the years, even gaining a mention in the UK top 40 hit, 'Atmospherics', by Tom Robinson in 1983.