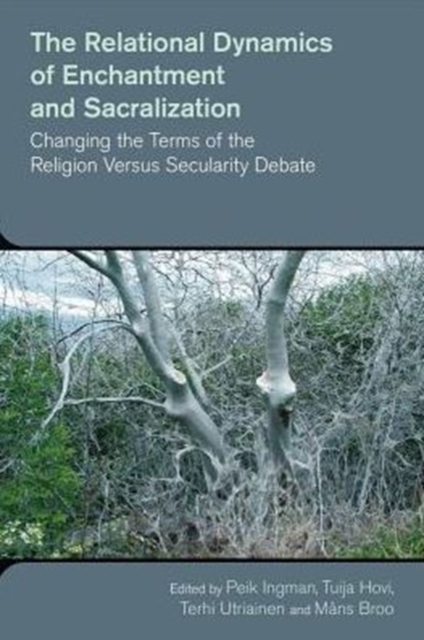 The Relational Dynamics of Disenchantment and Sacralization : Changing the Terms of the Religion versus Secularity Debate Hardback

This volume revisits the concepts of enchantment and sacralization in light of perspectives which challenge the modern notion that man (alone) is the measure of all things.

As Bruno Latour has argued, the battle against superstition entailed shifting power away from God/the gods to humans, thereby disqualifying the agency of all the other objects in the world.

Might enchantment and sacralization be understood in other ways than through this battle between almighty gods and almighty humans?

Might enchantment be understood to involve processes where power and control are not distributed so clearly and definitely?Like social constructionists, Latour emphasizes that things are constructed; yet, like many other new materialists, such as Jane Bennett, Manuel De Landa and Karen Barad, he emphasizes that this construction is not the result of projecting meaning onto a passive and meaningless world, but a matter of compositional achievements, whereby assemblages of actants co-compose each other and frame, enable and delimit one another's agency.This move recognizes the active and entangled participation of players beyond the humans versus God(s) framework that informed the modernist project. Understanding enchantment and sacralisation as compositionally and relationally constructed does not mean the same as understanding them as constructed by humans alone. What it means is one of the main questions posed in this book. In other words, if enchantment and sacralization are not understood (solely) in terms of projecting anthropocentric meaning onto mute objects, what are some promising alternative approaches - old and new - and what are their implications for how we understand modernity and for method and theory in the study of religion?