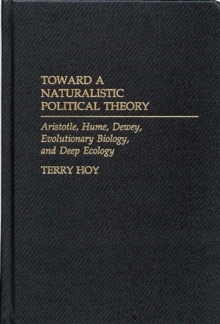 Hoy establishes a basis for a naturalistic political theory that can be sustained as a continuity from Aristotle through the Enlightenment and post-Enlightenment contributions of David Hume, John Dewey, Evolutionary Biology, and Deep Ecology. This entails several contentions. First he argues that the contemporary relevance of Aristotelian naturalism can be defended within the context of a pragmatic realism without recourse to a no-longer-tenable metaphysical biology.

Second, he calls for an emphasis on a historicized nature-the human capacities for language, sociality, and habituation that are the product of biological-cultural interaction in human evolution.

Third, Hoy contends that, while humans are perceived as the apex of other forms of life, a compassionate relation of humans to non-human nature is a logical extension of human community and moral obligation.

His final contention is that an integrative framework for a naturalistic political theory can be formulated within the theoretical categories contributed by John Dewey.

Scholars and students of political theory, philosophy, evolutionary biology, and deep ecology in particular will find this study of interest. 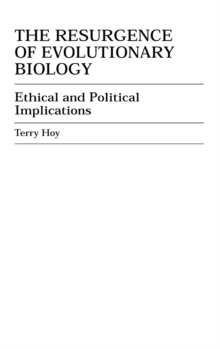 The Resurgence of Evolutionary Biology 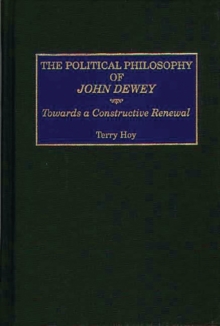 The Political Philosophy of John Dewey