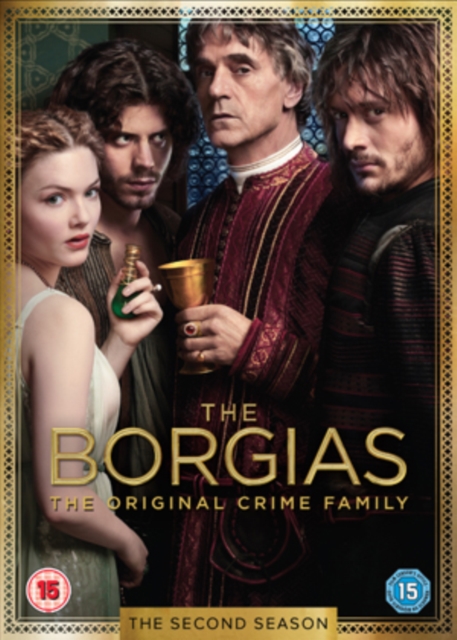 All ten episodes from the second season of the drama series starring Jeremy Irons as Rodrigo Borgia, the head of the powerful family that dominated Italy during the Renaissance.

In this season, Rodrigo makes new allies and must defend his papacy with the help of his son, Cesare (François Arnaud), though conflicts within the family add more strain to his already precarious situation.

The episodes are: 'The Borgia Bull', 'Paolo', 'The Beautiful Deception', 'Stray Dogs', 'The Choice', 'Day of Ashes', 'The Siege at Forli', 'Truth and Lies', 'World of Wonders' and 'The Confession'.