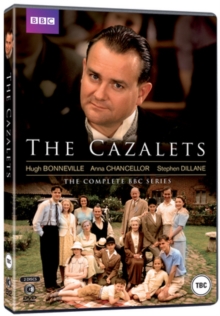 All six episodes of the BBC drama starring Hugh Bonneville and Stephen Dillane.

Set across ten years from 1937 to 1947, the series follows the trials and tribulations of the Cazalet family, headed up by patriarch William Cazalet (Frederick Treves) with his children Edward (Stephen Dillane), Hugh (Bonneville), Rupert (Paul Rhys) and Rachel (Catherine Russell) by his side.