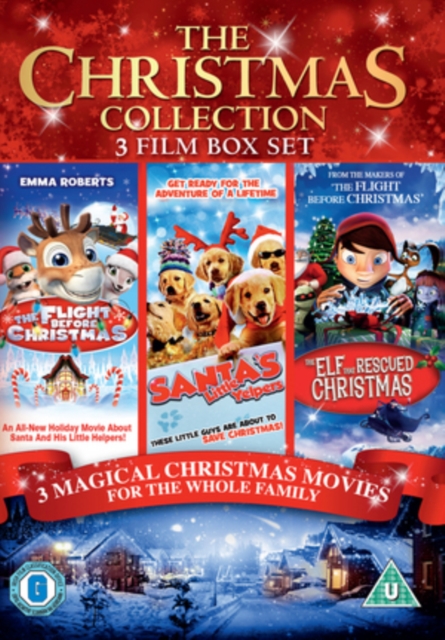 Triple bill of festive children's features. 'The Flight Before Christmas' (2008), a Finnish animation, follows the adventures of Niko (voice of Andrew McMahon), a young reindeer who learns that his absentee father works for Santa's Flying Reindeer Squad.

Unfortunately, however, Niko's inevitable longing to follow in his father's footsteps is hampered by his vertigo.

With the help of an accident-prone flying squirrel, Niko manages to overcome his fear, and sets out for the North Pole in the hope of finding his father and joining Santa and his fleet. 'Santa's Little Yelpers' (2012) is centred around Oliver Richmond (Andrew Beckham), a young boy continually let down by his parents, Jessica (Shannon Elizabeth) and Jeff (Jason Brooks), who seem to be too preoccupied with their careers to spend any time with him.

As a result, Oliver falls in with the wrong crowd, a gang of ne'er-do-wells who get their thrills breaking into houses.

Everything changes when Oliver discovers five golden retriever pups in one of the homes they break into.

Realising the pups have been abandoned, Oliver tries to convince his parents to keep them and to help recover the mother they pine for.

In 'The Elf That Rescued Christmas' (2011) Satan's evil twin is on the loose and bent on destruction, making the prospects of a merry Christmas seem glum.

Can a brave elf stave off the threat and save millions of children from disappointment?