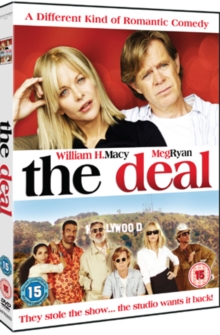 Comedy written by and starring William H. Macy. Charlie Berns (Macy) is a one-hit wonder Hollywood producer with no money and no prospects - that is, until his budding writer nephew Lionel (Jason Ritter) comes along bearing a sizzling script based on the life of Benjamin Disraeli, and Charlie decides to use it to give his flagging career one final shot.

Standing in his way is Diedre Hern (Meg Ryan), a sharp studio executive brought in to keep Charlie in line.

But when their A-list action star (LL Cool J), a recent convert to Judaism, gets kidnapped and the studio threatens to pull the plug on their project, Charlie and Diedre reluctantly join forces to pull off one of the biggest scams in Hollywood history.