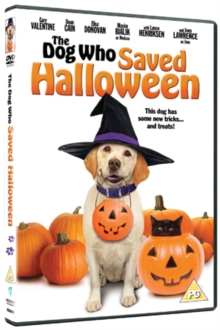 The Dog Who Saved Halloween DVD

Light-hearted made-for-TV sequel in which former police dog Zeus once again comes to the rescue of his family.

The Bannister family and their trusty dog, Zeus (voice of Joey Lawrence), have moved into a new house.

All is well in the house itself, but their neighbour, Eli (Lance Henrikson), and his dog, Medusa (voice of Mayim Bialik), seem to be strange characters.

So strange are the happenings across at Eli's, that George Bannister (Gary Valentine) enlists the help of his former enemies, Ted (Dean Cain) and Stewey (Joey Diaz), to investigate.

When the three fail to return, Zeus is once again called to save the day.