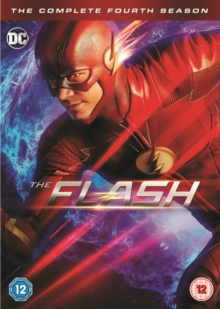 All 23 episodes from the fourth season of the action adventure following the DC Comics superhero.

After being struck by lightning and covered in chemicals while in his laboratory, forensic scientist Barry Allen (Grant Gustin) wakes up from a coma to find he has superhuman powers.

He decides to use his new abilities to fight other superhumans created by the storm who are using their powers for evil in Central City.

In this season, Barry accidentally creates 12 new metahumans while leaving the Speed Force and later learns he has a new adversary in the Thinker (Neil Sandilands).