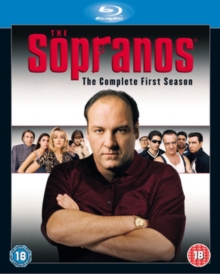 In 'The Sopranos (Pilot)', Tony Soprano sees a psychiatrist when family problems become too much for him. '46 Long' sees acting family boss Giacomo 'Jackie' Aprile seriously ill with cancer, while Tony becomes reluctantly embroiled in a power struggle with Uncle Junior.

In 'Meadowlands', Jackie's death forces Tony to decide whether he really wants to make a play for control of the family or allow Uncle Junior to step in, while 'College' sees Tony becoming convinced that he has seen snitch Fabian Petrulio, who testified against the family years earlier before entering the witness protection programme.

In 'Pax Soprana', Tony is displeased when Junior begins taxing his associates and keeping the money for himself, but surprises his shrink, Dr Melfi, with a kiss. 'Down Neck' sees Anthony Junior suspended from school for stealing the sacramental wine, with Tony feeling responsible as a result.

In 'The Legend of Tennessee Moltisanti', the boys are forced to leave Larry Boy's daughter's wedding early when they discover that they are to be indicted. 'Boca' sees Tony getting even with Uncle Junior after he is humiliated on the golf course.

In 'A Hit is a Hit', Christopher and Adriana encounter gangster rapper 'Massive Genius', while Tony feels like an outsider when his neighbour invites him for a round of golf with friends. 'Nobody Knows Anything' sees Jimmy and Pussy arrested in an FBI raid, while Jimmy pays the Sopranos a visit upon his release from prison.

In 'Isabella', a depressed Tony seeks solace with Italian student Isabella, but is advised by FBI agent Harris to relocate in order to protect his family. 'I Dream of Jeannie Cusamano' sees Tony warning Dr Melfi that her life is in danger, and a meal at Artie's temporarily staving off the disintegration of the family.