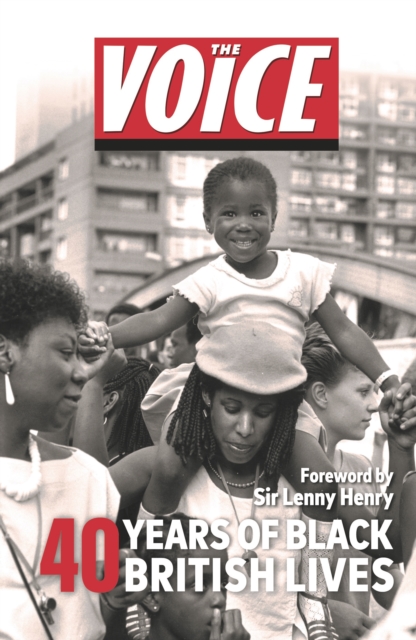 Launched at the 1982 Notting Hill Carnival, The Voice newspaper captured and addressed a generation figuring out what it meant to be Black and British.

Written for and by Black people, the newspaper shone a light on systematic injustices as well as celebrating Black Britain's success stories.

From hard hitting news reports covering the murder of Stephen Lawrence to championing the likes of Sir Lewis Hamilton and Idris Elba, the newspaper has campaigned, celebrated and educated people for the last forty years. As well as celebrating amazing successes in sport, politics and the arts, The Voice documented everyday life in the community, from the emergence of a Black middle class in the '90s and the achievements of Black entrepreneurs to how different facets of the community were explored in contemporary music and literature.

Since its small beginnings in Hackney, The Voice has also become a fantastic training ground for prominent journalists and figures including former politician Trevor Phillips, broadcaster Rageh Omaar and writer Afua Hirsch.

Today, The Voice is Britain's longest running and only Black newspaper. Told through news reports, editorials and readers' personal letters, this emotive book documents the social history of Black Britain over the last four decades.

Each chapter is illustrated with amazing newspaper pages from The Voice's extensive archives as well as iconic and dramatic front covers from 1982 to the present day. With a foreword from Sir Lenny Henry and written by former and current Voice journalists, this powerful book is a celebration of the ground-breaking paper which gave a voice to the voiceless.