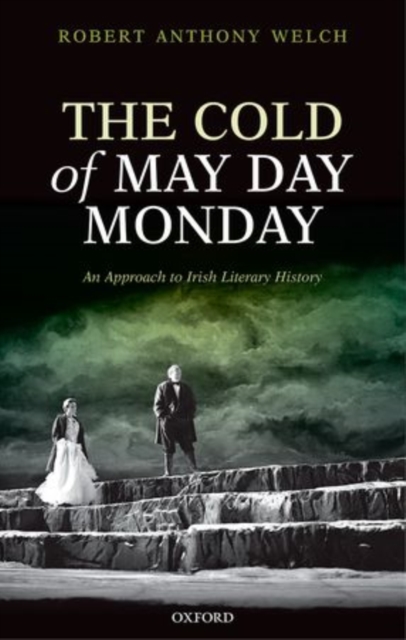 The Cold of May Day Monday : An Approach to Irish Literary History Hardback

The Cold of May Day Monday offers an indvidual view of the history of Irish literature from its very earliest phases up to the present day, more or less, with discussions of major writers such as Friel, Heaney, Derek Mahon, McGahern, and John Banville.

Robert Welch traces the roots of Irish literature in myth and legend and explores ancient and pre-Celtic deposits and remembrances; saga literature, as well as devotional writing; the bardic heritage and thecycles of tales of early Ireland; the importance and survival of folklore; and the later phases of Irish literature, from the seventeenth century onwards.

Welch frames his study around themes and clusters rather than chronology, seeking to retain coherence by means of a sustained attention to the thematicstrains. Substantial attention is paid to the figure of the Hag in Irish literary culture.

The often deeply troubled relations between Ireland and England inevitably call for treatment as well, most notably in chapters examining the Great Famine and its consequences for literature and cultural expression.

Yeats is one of the key figures, as are O'Casey and Synge, but the focus is on their literary output, not their political experiences (though these are not overlooked).Robert Welch offers areadable account of a fascinating literary history, providing insights into the connections between Irish legend and literature, and accounts of the some of the best Irish writers of the twentieth century.