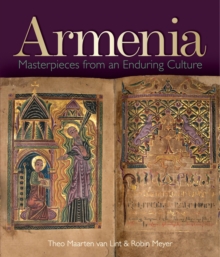 Set like a stronghold south-west of the Caucasus mountains, Armenia is caught between East and West.

Briefly a great empire in the first century BCE under King Tigranes the Great, Armenia was later incorporated first by the Sasanian and then the Byzantine Empires.

Armenian art, literature, religion and material culture have reinterpreted elements of a wide variety of cultures.

Spanning over two and a half millennia, the history of Armenia and the Armenian people is a series of riveting tales, from its first mention under the Achaemenid King Darius I to the independence of the Republic of Armenia from the Soviet Union. With the help of the Bodleian Libraries' magnificent collection of Armenian manuscripts and early printed books, this volume tells the story of the region through the medium of its cultural output.

Together with introductions written by experts in their fields, close to one hundred manuscripts, works of art and religious artefacts serve as a guide to Armenian culture and history.

Gospel manuscripts splendidly illuminated by Armenian masters feature next to philosophical tractates and merchants' handbooks, affording us an insight into what makes the Armenian people truly unique, especially in the shadow of the genocide that threatened their annihilation a hundred years ago: namely their spirituality, language and perseverance in the face of adversity. 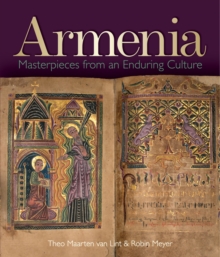