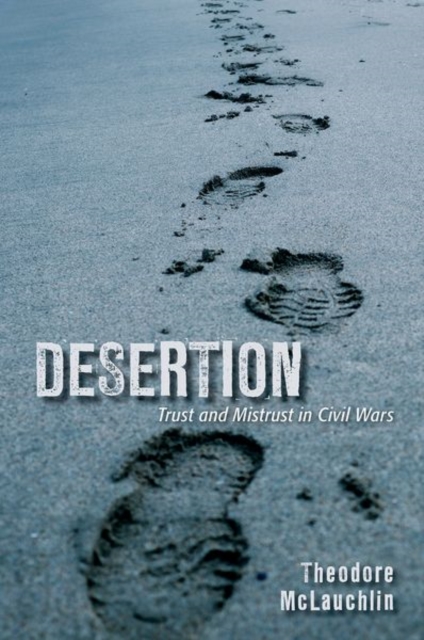 Theodore McLauchlin's Desertion examines the personal and political factors behind soldiers' choices to stay in their unit or abandon their cause.

He explores what might spur widespread desertion in a given group, how some armed groups manage to keep their soldiers fighting over long periods, and how committed soldiers are to their causes and their comrades. To answer these questions, McLauchlin focuses on combatants in military units during the Spanish Civil War.

He pushes against the preconception that individual soldiers' motivations are either personal or political, either selfish or ideological.

Instead, he draws together the personal and the political, showing how soldiers come to trust each other-or not.

Desertion demonstrates how the armed groups that hold together and survive are those that foster interpersonal connections, allowing soldiers the opportunity to prove their commitment to the fight. McLauchlin argues that trust keeps soldiers in the fray, mistrust pushes them to leave, and political beliefs and military practices shape both.

Desertion brings the reader into the world of soldiers and rigorously tests the factors underlying desertion.

It asks, honestly and without judgment, what would you do in an army in a civil war?

Would you stand and fight? Would you try to run away? And what if you found yourself fighting for a cause you no longer believe in or never did in the first place?