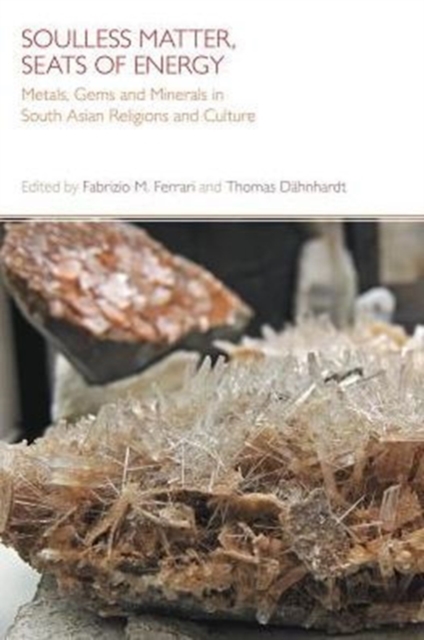 Soulless Matter, Seats of Energy: Metals, Gems and Minerals in South Asian Traditions investigates the way in which Indian culture has represented inorganic matter and geological formations such as mountains and the earth itself.

The volume is divided into four sections, each discussing from different angles the manifold dimensions occupied by minerals, gems and metals in traditions such as Hinduism, Jainism, Buddhism and Sikhism.

The various chapters offer a rigorous analysis of a variety of texts from different South Asian regions from a range of perspectives such as history, philology, philosophy, hermeneutics and ethnography.

The themes discussed include literature (myth and epics), ritual, ethics, folklore, and sciences such as astrology, medicine, alchemy and cosmetics.

The volume critically reflects on the concept of "inanimate world" and shows how Indian traditions have variously interpreted the concept of embodied life and lifelessness.Ranging from worldviews and disciplines which regard metals, minerals, gems as alive, sentient or inhabited by divine presences and powers to ideas which deny matter possesses life and sentience, the Indian Subcontinent proves to be a challenge for taxonomic investigations but at the same time provides historians of religions and philosophers with stimulating material.