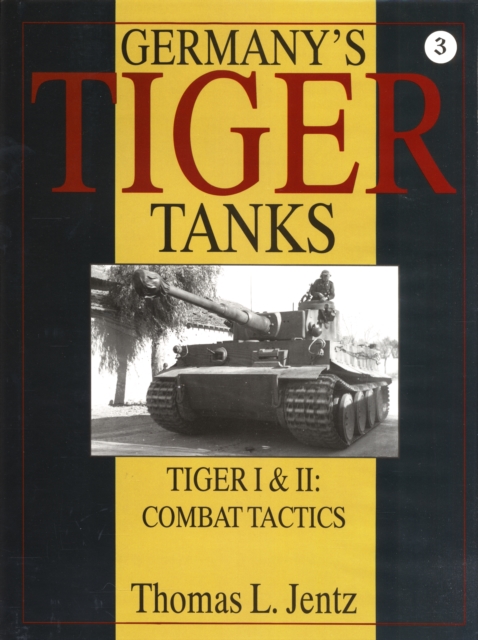 This brand new volume covers the complete combat history of the Tigers I and II, and includes the operational characteristics, organization, tactics, issue to combat units operational strength reports, and after-action-accounts.

Over twenty years of intensive research went into finding the original documents needed to create this new history on the development, characteristics, and tactical capabilities of the Tiger series.

Tom Jentz has conducted an exhaustive search for surviving records of the design/assembly firms (including Henschel, Krupp, Nibelungenwerk, Porsche, and Wemann), the Heereswaffenamt, the D656 series of manuals on the Tiger, and the war diaries and operations reports from the German units.

The written records were supplemented by examing thousands of photos.

On-sight research into almost all the surviving Tigers provided details that could only be obtained from actual specimens.

New information was found on the evolution of the heavy tank series, the key decisions on the design of the Tigers, the significant modifications made during the production runs, production statistics, the Tigers characteristics and tactical capabilities, an exact accounting of the issue of the Tigers to the combat units, and combat accounts written directly after the actions.

Tom Jentz is also the author of Germany's Panther Tank, The Quest for Combat Supremacy; Panzertruppen 1933-1942; and Panzertruppen 1943-1945 (all three titles are available from Schiffer Publishing Ltd.). 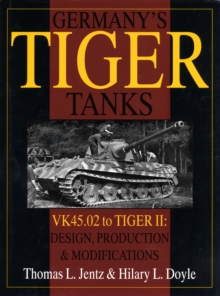 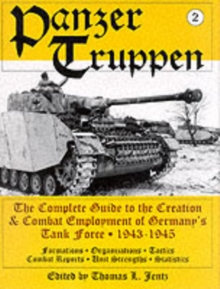 Panzertruppen: The Complete Guide to the Creation and Combat Employment of... 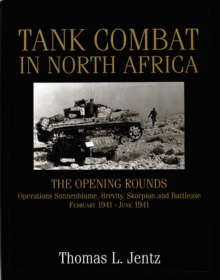 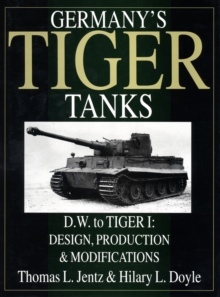