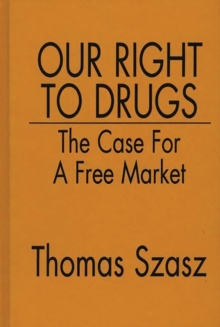 Our Right to Drugs : The Case for a Free Market Hardback

.In Our Right to Drugs, Thomas Szasz shows that our present drug war started at the beginning of this century, when the American government first assumed the task of protecting people from patent medicines.

By the end of World War I, however, the free market in drugs was but a dim memory, if that.

Instead of dwelling on the familiar impracticality or unfairness of our drug laws, Szasz demonstrates the deleterious effects of prescription laws which place people under lifelong medical tutelage.

The result is that most Americans today prefer a coercive and corrupt command drug economy to a free market in drugs. Throughout the book, Szasz stresses the consequences of the fateful transformation of the central aim of American drug prohibitions from protecting us from being fooled by misbranded drugs to protecting us from harming ourselves by self-medication--defined as drug abuse. And he reminds us that the choice between self-control and state coercion applies to all areas of our lives, drugs being but one of the theaters in which this perennial play may be staged.

A free society, Szasz emphasizes, cannot endure if its citizens reject the values of self-discipline and personal responsibility and if the state treats adults as if they were naughty children. In a no-holds-barred examination of the implementation of the War on Drugs, Szasz shows that under the guise of protecting the vulnerable members of our society--especially children, blacks, and the sick--our government has persecuted and injured them.

Leading politicians persuade parents to denounce their children, and encourage children to betray their parents and friends--behavior that subverts family loyalties and destroys basic human decency. And instead of protecting blacks and Hispanics from dangerous drugs, this holy war has allowed us to persecute them, not as racists but as therapists--working selflessly to bring about a drug-free America. Last but not least, to millions of sick Americans, the War on Drugs has meant being deprived of the medicines they want-- because the drugs are illegal, unapproved here though approved abroad, or require a prescription a physician may be afraid to provide.

The bizarre upshot of our drug policy is that many Americans now believe they have a right to die, which they will do anyway, while few believe they have a right to drugs, even though that does not mean they have to take any. Often jolting, always stimulating, Our Right to Drugs is likely to have the same explosive effect on our ideas about drugs and drug laws as, more than thirty years ago, The Myth of Mental Illness had on our ideas about insanity and psychiatry.

Also by Thomas Szasz   |  View all 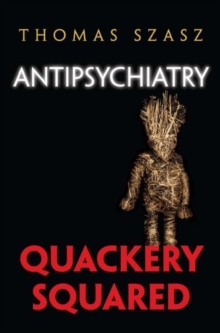 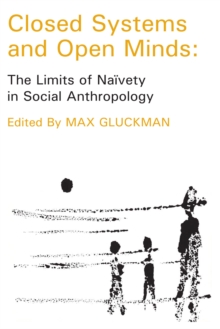 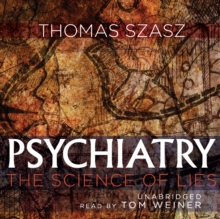 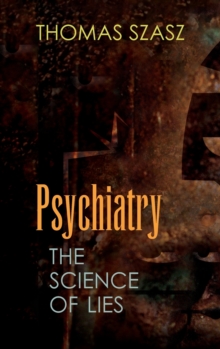