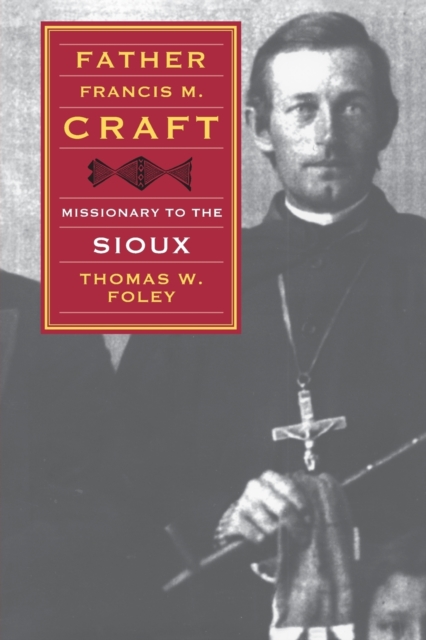 Of all the western frontier figures who played a role in the lives of the Sioux, perhaps none was more intriguing, eccentric, or controversial than Father Francis M.

Craft (1852-1920). Both fearless and compassionate, Father Craft ministered to the Sioux for two decades during the turbulent years after Sitting Bull surrendered at Fort Buford in 1881.

After recovering from a severe injury at Wounded Knee in 1890, he struggled to found an Indian order of nuns and railed against government policies that, he contended, encouraged the corruption and degradation of Indians.

Thomas W. Foley's well-researched and balanced account of Father Craft's fascinating life examines his key role in Sioux and missionary history, his dedication to Indian causes, and his lifelong struggle against stereotypes and prejudice, which challenged many in the church and the federal government and led to accusations of insanity from his powerful critics.