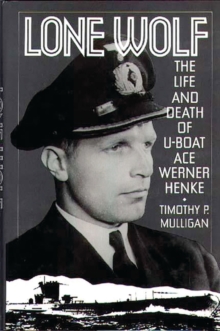 This book relates the life and the death of the rebel German seaman who became one of the most successful U-Boat commanders of World War II.

The story of Werner Henke--and a narrative outlining the history of his boat, U-515, and its crew--forms the basis for a biography of a man who defies the stereotypes of German character, who never fit in as a career officer in the German Navy, but who chose a suicidal death in acceptance of the code of the military service whose rules he continually bent and broke.

Though the story Mulligan relates is engrossing and action-packed, it is also a carefully documented study that breaks new ground in uncovering the sociological background of Henke and his crew; in short, it is a study in German history as well as a biography of a U-Boat Commander. Examining the backgrounds and attitudes of the crew, including their views on Hitler and the treatment of the Jews, Mulligan sheds new light on the men who constituted an elite in Hitler's Wehrmacht.

The story of U-515 is also closely correlated to the overall conduct of the U-Boat war, including assessments of Karl Donitz's strategy, the influence of technological innovations, and the contributions of Allied signal intelligence.

Henke's confrontation with the Gestapo and a detailed account of the sinking of the passenger liner Ceramic further add to the story, revealing the complex reality behind an image too long dominated by propaganda stereotypes. 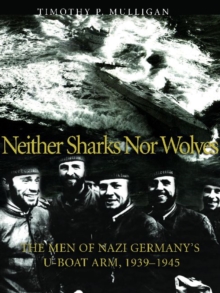 Neither Sharks nor Wolves 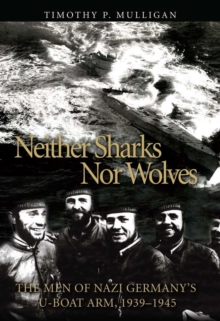 Neither Sharks Nor Wolves