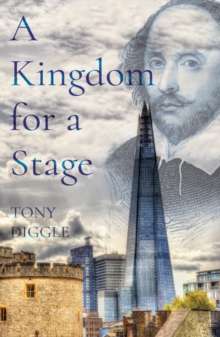 A Kingdom for a Stage Paperback / softback

Written in honour of the four hundredth anniversary of the death of William Shakespeare. The action takes place in the Heavens, Elizabethan and Stuart London, and modern day. Provides a unique view of the off-stage life of Shakespeare. William Shakespeare sits in the heavens with his peers excited by the recreation of his Globe theatre in London and by the four hundredth anniversary of his death.

He recalls his going to London in his own lifetime, and how he felt that developments in knowledge and science at that time heralded a bright future.

With Puck's assistance he returns to the London of the present day believing that everything is very much better.

When he discovers things are not nearly as rosy as he thought he decides to "torment them (the people of the present day) for this error." Christopher Marlowe intervenes pointing out that Shakespeare's own life was flawed. The play compares the Britain of the Elizabethan and Jacobean age with the Britain of Elizabeth II, and contrasts Shakespeare the public man as expressed through the general line of his plays with Shakespeare the private man. At the end of the play, Shakespeare reminds the audience that while history cannot be changed, they still have a choice as to their own future. "... it is certainly a heartfelt tribute to the bard. I think the man himself would have rather enjoyed it."- Genni Trickett, London Theatre 1 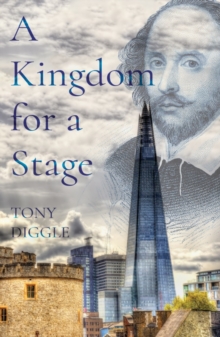 A Kingdom for a Stage