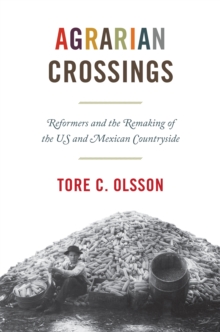 Agrarian Crossings : Reformers and the Remaking of the US and Mexican Countryside Hardback

In the 1930s and 1940s, rural reformers in the United States and Mexico waged unprecedented campaigns to remake their countrysides in the name of agrarian justice and agricultural productivity.

Agrarian Crossings tells the story of how these campaigns were conducted in dialogue with one another as reformers in each nation came to exchange models, plans, and strategies with their equivalents across the border. Dismantling the artificial boundaries that can divide American and Latin American history, Tore Olsson shows how the agrarian histories of both regions share far more than we realize.

He traces the connections between the US South and the plantation zones of Mexico, places that suffered parallel problems of environmental decline, rural poverty, and gross inequities in land tenure.

Bringing this tumultuous era vividly to life, he describes how Roosevelt's New Deal drew on Mexican revolutionary agrarianism to shape its program for the rural South. Olsson also looks at how the US South served as the domestic laboratory for the Rockefeller Foundation's "green revolution" in Mexico--which would become the most important Third World development campaign of the twentieth century--and how the Mexican government attempted to replicate the hydraulic development of the Tennessee Valley Authority after World War II. Rather than a comparative history, Agrarian Crossings is an innovative history of comparisons and the ways they affected policy, moved people, and reshaped the landscape. 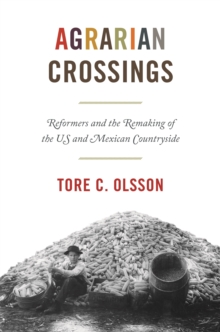