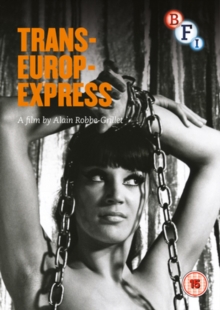 The story follows Jean (Robbe-Grillet), a film director, his producer Marc (Paul Louyet) and assistant Lucette (Catherine Robbe-Grillet) as they ride the Trans-Europ Express train from Paris to Antwerp.

Inspired by their setting and fellow passengers, the team decide to use the train as inspiration for a film and immediately begin writing a thrilling crime plot.

In their visualised story Elias (Jean-Louis Trintignant) is a drug runner on the same train journey as the film-makers, who begins acting out unusual fantasies in his compartment with a recently met street walker.

Both strands of the story are brought together when Elias meets the film team constructing his story as they edit his existence.