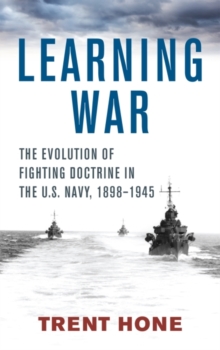 The five decades between the Spanish-American War and the end of World War II were a time of revolutionary technological change.

The U.S. Navy stood out in its ability to harness these new technologies and develop them to expand the fleet's fighting power.

Between 1898 and 1945, the Navyevolved from a second-tier force to the world's strongest naval power.

This transition was far more than an increase in size; victory in World War II taxed the Navy's capabilities to the limit.

The Navy's rise to dominance was the result of its ability to learn and innovate. Learning War examines the Navy's doctrinal development throughout the 1898-1945 period and explains why it was so successful at embracing change.

It is a revolutionary study of one of history's greatest success stories.

It draws profoundly important conclusions that give new insight, not only into how the Navy succeeded in becoming the best, but also into how modern organizations can exploit today's rapid technological and social changes in their pursuit of success. Learning War argues that the Navy created a sophisticated learning system in the early years of the twentieth century that led to repeated innovations in the development of surface warfare tactics and doctrine.

The conditions that allowedthese innovations to emerge are analyzed by considering the Navy as a complex adaptive system.

Complexity has provided new perspectives for understanding in a variety of fields, including biology, economics, artificial intelligence, and international development.

Learning War is the first major work to apply this approach to militaryhistory.

It permits a richer understanding of the mechanisms that enable human organizations to evolve, innovate, and learn. These mechanisms are very important. In the Navy's case, the learning continued through the early years of World War II.

Contrary to the standard view of military doctrine-that it changes in peacetime and is employed in wartime-this book makes the argument that the ability to modify doctrine in light of experience is crucial to wartime success. Organizations must evolve to be able to meet changing circumstances.

This is true of all human organizations, military, business, or otherwise.

The Navy's experience in the early twentieth century provides a window into how this kind of evolutionary change can be fostered and maintained. 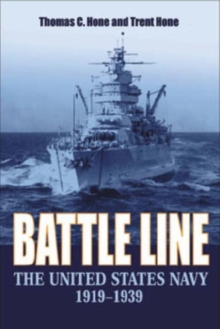 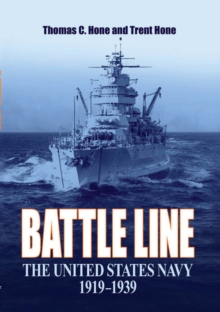 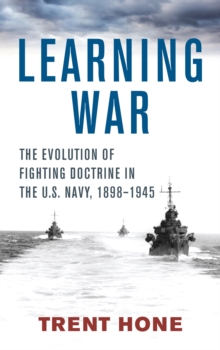