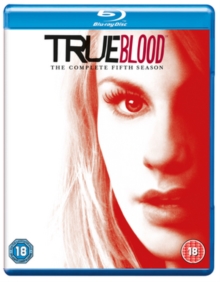 All 12 episodes from the fifth season of the offbeat vampire drama adapted from Charlaine Harris's 'The Southern Vampire Mysteries' book series by writer Alan Ball.

In this series, Sookie (Anna Paquin) makes an arrangement with Pam (Kristin Bauer van Straten) that will save a wounded Tara (Rutina Wesley) but leave her much changed and Bill (Stephen Moyer) and Eric (Alexander Skarsgård) find themselves under interrogation by the Vampire Authority following the murder of Nan Flanigan.