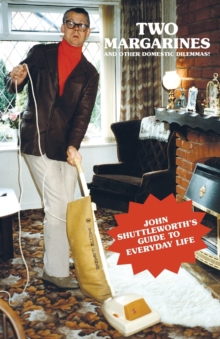 How DO you avoid the 'nightmare scenario' of having two open tubs of margarine in your fridge?

Throw one tub away, or give it to a friend or neighbour?

If the remedy were that simple no one would have bothered to write a book about it, would they?

John Shuttleworth would... and he has! 'Sheffield's funniest man' (The Times) and 'The 42nd best reason to love Britain' (The Telegraph) has made simple remedies to everyday domestic dilemmas, well... complicated! And ridiculous. And totally hilarious! Indeed, it's fair to say this book is crammed with ridiculous and hilariously over-complicated advice... that only an utter fool would follow!