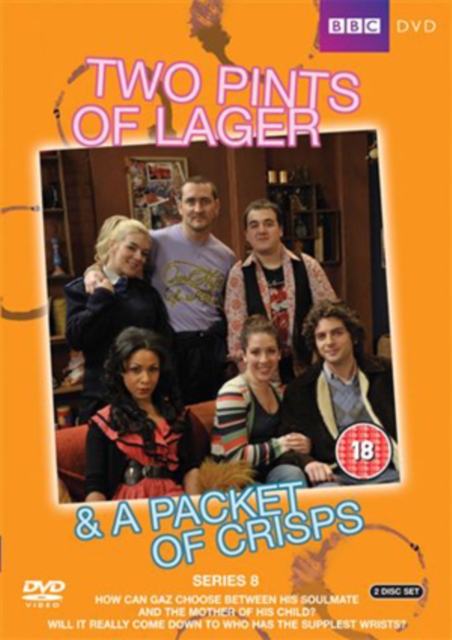 Two Pints of Lager and a Packet of Crisps: Series 8 DVD

All nine episodes from the eighth series of the BBC sitcom about five mismatched young friends who regularly meet at their local pub in Runcorn to discuss their lives and loves.

In this series, Gaz is torn between the two women in his life: Donna and Janet.

At the time of screening, the audience was invited to decide the outcome of Gaz's dilemma in episode 8 ('You Decide') via an internet vote on the BBC website, the result of which decided the content of the final episode.