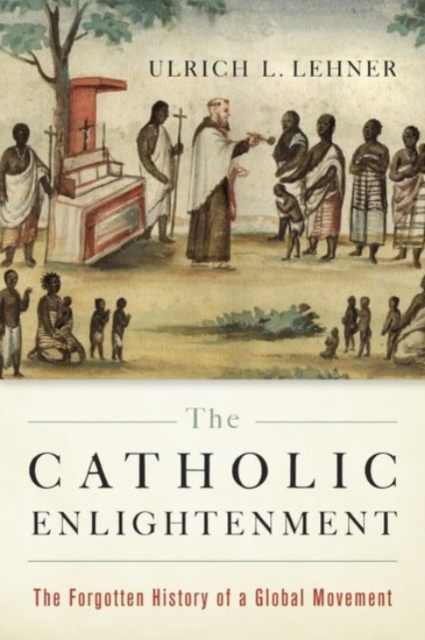 The Catholic Enlightenment : The Forgotten History of a Global Movement Hardback

Whoever needs an act of faith to elucidate an event that can be explained by reason is a fool, and unworthy of reasonable thought.

This line, spoken by the notorious 18th-century libertine Giacomo Casanova, illustrates a deeply entrenched perception of religion, as prevalent today as it was hundreds of years ago.

It is the sentiment behind the narrative that Catholic beliefs were incompatible with the Enlightenment ideals.

Catholics, many claim, are superstitious andtraditional, opposed to democracy and gender equality, and hostile to science.

It may come as a surprise, then, to learn that Casanova himself was a Catholic.

In The Catholic Enlightenment, Ulrich L. Lehner points to such figures as representatives of a long-overlooked thread of a reform-mindedCatholicism, which engaged Enlightenment ideals with as much fervor and intellectual gravity as anyone.

Their story opens new pathways for understanding how faith and modernity can interact in our own time.

Lehner begins two hundred years before the Enlightenment, when the Protestant Reformation destroyed the hegemony Catholicism had enjoyed for centuries.

During this time the Catholic Church instituted several reforms, such as better education for pastors, more liberal ideas about the roles of women, and an emphasis on human freedom as a critical feature of theology.

These actions formed the foundation of the Enlightenment's belief in individual freedom.

While giants like Spinoza, Locke, andVoltaire became some of the most influential voices of the time, Catholic Enlighteners were right alongside them.

They denounced fanaticism, superstition, and prejudice as irreconcilable with the Enlightenment agenda.

In 1789, the French Revolution dealt a devastating blow to their cause, disillusioning many Catholics against the idea of modernization.

Popes accumulated ever more power and the Catholic Enlightenment was snuffed out.

It was not until the Second Vatican Council in 1962 that questions of Catholicismas compatibility with modernity would be broached again.

Ulrich L. Lehner tells, for the first time, the forgotten story of these reform-minded Catholics.

As Pope Francis pushes the boundaries of Catholicism even further, and Catholics once again grapple with these questions, this book will prove to be required reading.