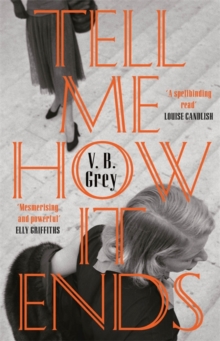 Tell Me How It Ends : A gripping drama of past secrets, manipulation and revenge Hardback

'A spellbinding read' LOUISE CANDLISH'A stylish and page-turning mystery' RACHEL HOREA gripping drama of past secrets revealed, of manipulation and revenge, for fans of Daphne du Maurier and noir movies like All About Eve and A Star is BornDelia Maxwell is an international singing sensation, an icon of 1950s glamour who is still riding high on the new 60s scene.

But one woman wants it maybe a little too much... Lily Brooks has watched Delia all her life, studying her music and her on-stage mannerisms.

Now she has a dream job as Delia's assistant - but is there more to her attachment than the admiration of a fan?

But are his own feelings for Delia clouding his judgement?

The truth is something far darker: the shocking result of years of pain and rage, rooted in Europe's darkest hour.

If Delia thought she had put her past behind her, she had better start watching her back. (P)2020 Quercus Editions Limited 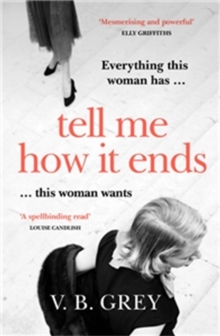 Tell Me How It Ends