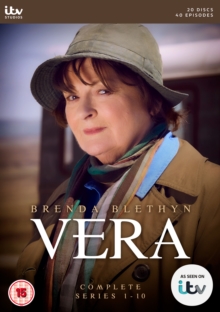 All the episodes from the first ten series of the ITV crime thriller based on the novels by Ann Cleeves.

Series 2 episodes are: 'The Ghost Position', 'Silent Voices', 'A Certain Samaritan' and 'Sandancers'.

Series 4 episodes are: 'On Harbour Street', 'Protected', 'The Deer Hunters' and 'Death of a Family Man'.

Series 10 episodes are: 'Blood Will Tell', 'Parent Not Expected', 'Dirty' and 'The Escape Turn'.