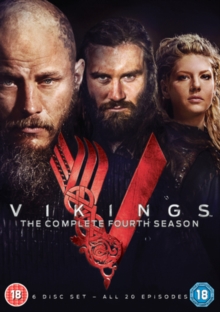 All 20 episodes from the fourth season of the historical drama following the adventures of a Viking clan.

However, even as he makes a name for himself on the battlefield, Ragnar must be aware of rivals plotting behind his back in his homeland.