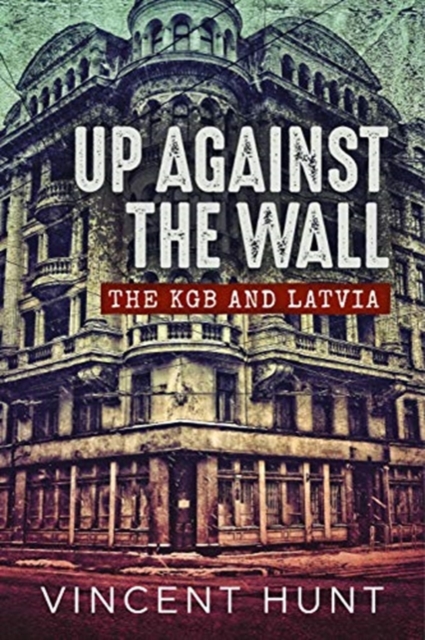 Up Against the Wall : The KGB and Latvia Hardback

A hard-hitting history of the Soviet security police in totalitarian Latvia - with Latvians as both oppressors and oppressed.Through the stories of people held as prisoners, never told before in English,Up Against the Wall details the methods of a brutal totalitarian regime and the bloody twists and turns of Latvia's long and complicated relationship with the Soviet security police.

This is not for the squeamish. At the KGB headquarters in Riga - the Corner House, or SturaMaja - suspects were questioned and executed during the 'Year of Terror' in 1940-41.

When the Soviets returned in 1944 vast numbers of Latvians fled and a war of resistance fought from the forests by partisans lasted nearly a decade.

The years of Soviet rule ended only in 1991. The author presents harrowing personal testimonies of those imprisoned, tortured and deported to Siberian gulags by the KGB, drawing from museum archives and interviews translated into English for this book as well as from declassified CIA files, KGB records and his own research in Latvia.

He interviews human rights activists, partisans, KGB experts and those who led Latvia to independence in the 1990s and explores the role of Latvian KGB double agents in defeating anti-Soviet partisan groups and the West's Cold War spying missions. Ironically it was the feared Latvian Riflemen who helped crush the Bolsheviks' political rivals after the 1917 Revolution and defeat the British-backed White generals in the vicious Civil War of 1918-22, while Latvia itself became independent.

Their reward was top jobs in the Soviet regime, including in the Cheka security police, the forerunner to the NKVD and KGB.

But Stalin turned on the Latvians in the 1930s and mercilessly purged the old guard.

When the Baltics were carved up by Hitler and Stalin, the Red Army killed or deported anyone opposing Soviet power in a period known as the 'Year of Terror'. Fifty years of occupation followed WWII as through the Cold War and into the late 1980s Latvian society was in the grip of the KGB.

For 27 years after the collapse of the Soviet regime Latvian politicians argued over whether to publish the secret files of KGB agents.

The book's final chapter deals with the decision in December 2018 for the 'Cheka Bags' to be opened, making Latvia's last KGB secrets public.