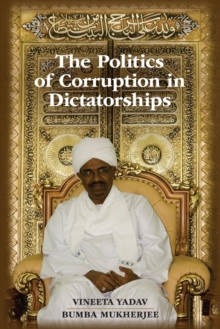 The Politics of Corruption in Dictatorships Paperback / softback

The authors ask why corruption has declined in some but not other authoritarian regimes.

What are the main political factors that drive some autocrats to curb corruption?

The book explores the role that business mobilization can play in reducing corruption under some conditions in dictatorships.

It investigates how political competition for an elected legislature affects the incentives of dictators to engage in corruption.

The study relies on case studies from Jordan, Malaysia, and Uganda.

The book is accessible to a wide audience without requiring sophisticated statistical training.