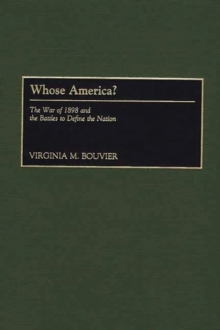 Whose America? : The War of 1898 and the Battles to Define the Nation Hardback

In the midst of the culture wars raging in the United States, this book recovers a part of U.S. history that some wish to forget--the war of 1898. With the war, U.S. policymakers terminated more than four centuries of Spanish colonial rule in the region and launched a paradigm for U.S.-Latin American relations that dominated the 20th century.

The war inaugurated an era of profound change not only in U.S. policy toward Latin America, but also in regional cultures and identities within the United States, Cuba, Puerto Rico, and the Philippines. Virginia M. Bouvier underscores the importance of the war in defining American identities.

Contributors discuss such items as Spanish perspectives on the U.S. role in the conflict, the multiple and conflicted identities of the Cuban emigre community, and the capacity of gender discourse to explain Congressional actions.

A final bibliographic essay reviews recent scholarship on the war. 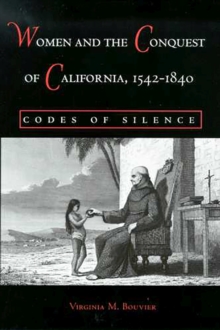 Women and the Conquest of California,...