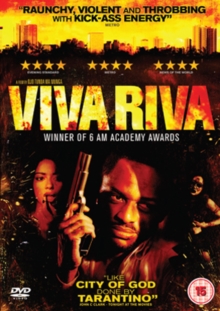 The debut feature of Congolese film maker Djo Munga is an explosive drama set in the backstreets of Kinshasa.

Riva (Patsha Bay Mukana) is a charismatic hustler trying to get his hands on a lucrative cache of petrol, which is in short supply in the city and fetching sky-high prices.

His attempts to secure the fuel soon bring him up against some unlikely adversaries, including crime boss Azor (Diplome Amekindra) - and things heat up even more when Riva falls passionately in lust with Azor's girlfriend Nora (Manie Malone) after seeing her dancing in a nightclub.