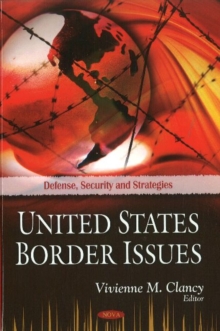 Congress decided that enhancing the security of the United States' borders was a vitally important component of preventing future terrorist attacks.

The Homeland Security Act of 2002 consolidated most federal agencies operating along the U.S. borders, which was charged with securing the borders; territorial waters, terminals, waterways, and air, land, and sea transportation systems of the U.S. and managing the nation's ports of entry. This book examines today's U.S. border issues, key agencies and their missions and the future of commercial trucking across the Mexican border.

Also discussed herein is the south-west border violence related to gun and drug-trafficking from Mexico, border searches of laptop computers and other electronic storage devices and expanding the barriers being deployed along the U.S. international land border.