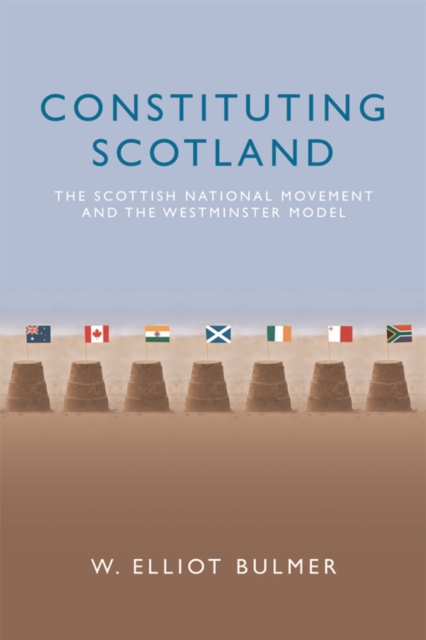 Long description from APFThis book contributes to the (currently sparse) literature on constitutional design in Scotland.

The rise of the Scottish national movement has been accompanied by the emergence of a distinct constitutional ideas, claims and arguments.

Much of the book is devoted to the detailed exposition and comparative analysis of the draft constitution for an independent Scotland published by the SNP in 2002.

The 2014 draft interim Constitution presented by the Scottish Government is also examined, and the two texts are contrasted to show the changing nature of the SNP's constitutional policy: from liberal-procedural constitutionalism in pursuit of a more inclusive polity, to a more populist and majoritarian constitutionalism.

Short description (too long for box) from APFBefore the independence referendum in 2014, the First Minister of Scotland Alex Salmond promised a written constitution for Scotland in the event of a `Yes' vote.

In most other democratic countries, this would have been unremarkable.

But the UK is almost unique in having never adopted a written constitution or other fundamental law.

Why did this commitment arise in Scotland? What in Scotland's constitutional history and recent political trajectory brought this to the fore?

What form did the SNP's proposals take, why, and what did they mean?

This book addresses these questions, which remain relevant to scholars of constitutional theory, comparative constitutional law, and Scottish politics.