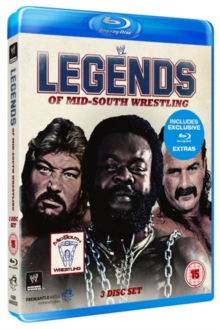 Documentary that looks back at the 1980s regional wrestling franchise and features coverage of some of its most memorable matches.

A number of future stars of WWE, including Andre the Giant and Shawn Michaels, would learn their trade in Mid-South Wrestling, overseen by franchise promoter Bill Watts.

The matches featured include 'Hacksaw' Jim Duggan vs.

Ted DiBiase and a team match featuring Andre the Giant and Dusty Rhodes.