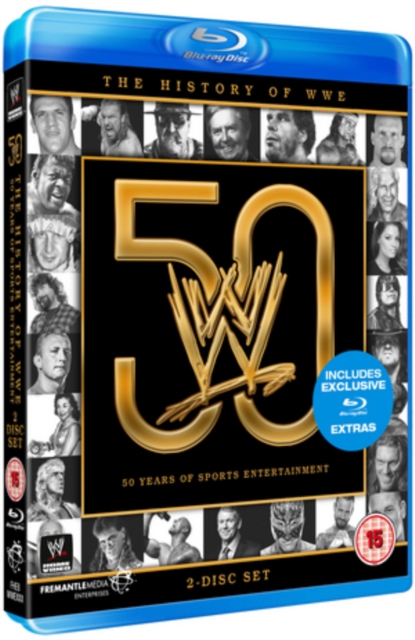 WWE: The History of WWE - 50 Years of Sports Entertainment Blu-ray

Documentary exploring the growth of WWE from a regional wrestling franchise to a global brand.

Since its inception in 1963 WWE has grown exponentially to become the leading worldwide name in wrestling, with fans tuning in from over 150 countries to watch the events.

The programme charts the history of WWE (formerly WWF) and features a number of the stars who helped make the brand so successful including Hulk Hogan, Bret 'Hit Man' Hart, 'Stone Cold' Steve Austin, The Rock, Triple H and John Cena.