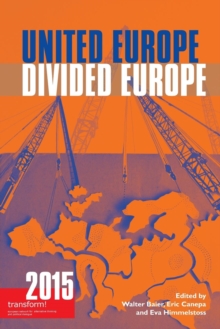 Problems and conflicts within and between European states have taken on new and alarming dimensions as economic crisis and neoliberal austerity policies continue to wreck havoc.

The longer essays in transform! 2015 draw connections between newly arising national conflicts, crises in social relations and democracy, and the diminishing appeal of European integration.

These developments form the background for growing right-wing populism.

The deep historical roots of the European crisis are traced in an essay 'What Does History Tells Us?' This volume begins with an extensive interview with Alexis Tsipras whose party Syriza, if it wins power, may change Europe's political landscape.