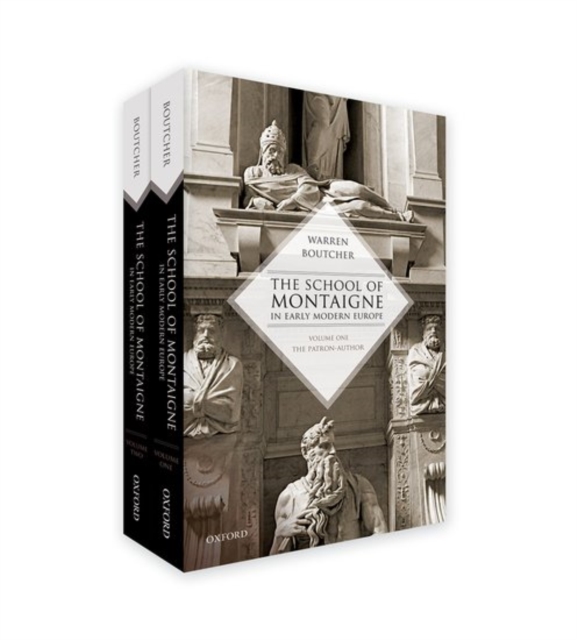 The School of Montaigne in Early Modern Europe : Volume One: The Patron-Author and Volume Two: The Reader-Writer Multiple copy pack

This major two-volume study offers an interdisciplinary analysis of Montaigne's Essais and their fortunes in early modern Europe and the modern western university.

Volume one focuses on contexts from within Montaigne's own milieu, and on the ways in which his book made him a patron-author or instant classic in the eyes of his editor Marie de Gournay and his promoter Justus Lipsius.

Volume two focuses on the reader-writers across Europe who used the Essais to maketheir own works, from corrected editions and translations in print, to life-writing and personal records in manuscript.

The two volumes work together to offer a new picture of the book's significance in literary and intellectual history.

Montaigne's is now usually understood to be the school of late humanism or of Pyrrhonian scepticism.

This study argues that the school of Montaigne potentially included everyone in early modern Europe with occasion and means to read and write for themselves and for their friends and family, unconstrained by an official function or scholastic institution.

For the Essais wereshaped by a battle that had intensified since the Reformation and that would continue through to the pre-Enlightenment period.

It was a battle to regulate the educated individual's judgement in reading and acting upon the two books bequeathed by God to man.

The book of scriptures and the book of naturewere becoming more accessible through print and manuscript cultures.

But at the same time that access was being mediated more intensively by teachers such as clerics and humanists, by censors and institutions, by learned authors of past and present, and by commentaries and glosses upon those authors. Montaigne enfranchised the unofficial reader-writer with liberties of judgement offered and taken in the specific historical conditions of his era. The study draws on new ways of approaching literary history through the history of the book and of reading.

The Essais are treated as a mobile, transnational work that travelled from Bordeaux to Paris and beyond to markets in other countries from England and Switzerland, to Italy and the Low Countries.

Close analysis of editions, paratexts, translations, and annotated copies is informed by a distinct concept of the social context of a text.

The concept is derived from anthropologist AlfredGell's notion of the 'art nexus': the specific types of actions and agency relations mediated by works of art understood as 'indexes' that give rise to inferences of particular kinds.

Throughout the two volumes the focus is on the particular nexus in which a copy, an edition, an extract, is embedded, andon the way that nexus might be described by early-modern people.