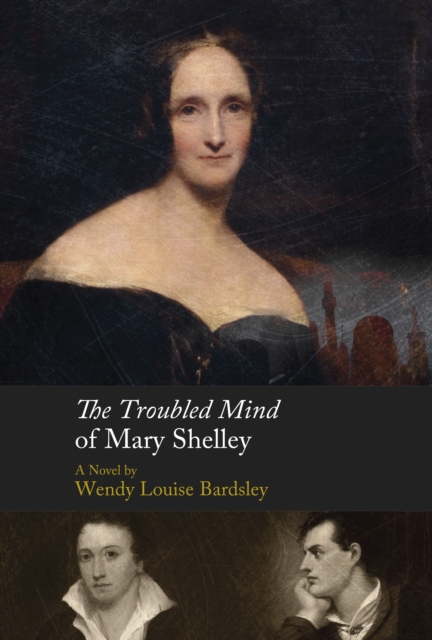 The Troubled Mind of Mary Shelley : A Novel Hardback

Mary Shelley was the daughter of philosopher William Godwin and Mary Wollstonecraft.

Her mother died soon after her birth and her father remarried.

The poet Percy Bysshe Shelley was a friend of Godwin and a frequent visitor to his home.

Though married with young children, Shelley flirted with Mary and when she was aged sixteen they eloped to Italy.

Shelley was always in trouble financially and was forced to move frequently to avoid his creditors.

Mary tolerated this lifestyle and also Shelley's constant philandering though she was often desperate with worry about Percy's infidelity.

Lord Byron and Shelley met and became friends and this association was another cause for concern to Mary, who at eighteen, began writing Frankenstein, a novel that would bring her lasting fame.

After Shelley's death from drowning in Italy, Mary returned to London and pursued her own writing career.

In her novel Wendy Bardsley has captured the intensity of Mary's early life and her troubled marriage and the result is a remarkable book and an excellent addition to the genre of historical fiction.